Inicio » icnw » Out in Arkansas: A new LGBTQ publication 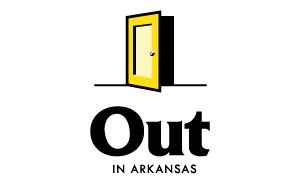 The Arkansas Times has been reporting on issues important to the LGBTQ community for 40 years, starting in 1974 with a story on a gay couple in Little Rock. We’ve written about the difficulties people have had coming out to their families and their employers. About the fight by same-sex couples to foster and adopt children. About churches that welcome the LGBTQ community to worship, the need for anti-discrimination laws, the rights of people to marry whom they wish so that they may enjoy all the rights that heterosexual couples enjoy — these and all other topics of concern to those who suffer discrimination because of who they are and who they love. Situations that the public needs to know and understand.

It’s time to double down on our efforts. The Times wants to expand that coverage, both in print and with a new online publication, Out in Arkansas. Though we’ve been working behind the scenes on this effort for months, the public debate surrounding a so-called “religious freedom” bill in the Arkansas legislature has made it abundantly clear the need for additional reporting and commentary. In Out in Arkansas, we’d more aggressively look to expose discriminatory policies and people in positions of power — in schools, municipal government, law enforcement, the health care system and among employers.

We know that there are still large numbers of Arkansans, including a significant number of policymakers, who believe they don’t know any gay people, who believe that there is no discrimination against gay people. We want to introduce them to their neighbors through the power of storytelling.

Out in Arkansas will help the push for equality with powerful personal features, profiles of activists and stories about the diverse members of the state’s LGBTQ community. That’ll include people like Little Rock’s Bryan Borland, one of the country’s leading gay poets and the founder of Sibling Rivalry Press. But also stories about people with no special claim to fame, normal folks raising their families and trying to pay their bills just like all other Arkansans. Stories about the unique challenges that gay teenagers face. Stories that show how Arkansas lags behind the new national norm.

Here’s what Out in Arkansas will look like: It will be a stand-alone website, with stories integrated into the Times website, similar to The Upshot on the New York Times’ website and FiveThirtyEight on ESPN.com. There will be stories online every day, and some of these stories will also appear in the weekly Arkansas Times. Out in Arkansas will also appear in print twice a year, in a glossy magazine format.

We’ll hire a dedicated editor who will report and offer commentary as well as manage contributors. Look for profiles, investigative stories, trend stories and opinion.

To launch Out in Arkansas, we will hire a rising star as editor, build a modern website and cultivate a broad network of freelancers.

why we’re doing it

We know there is a demand from readers for this content. Our stories on the fight for equality get more traffic on the web and responses from readers than any other topic. For example, in 2013, our most popular stories on the web — which were read almost twice as much as the next most widely read story — were about Tippi McCullough’s dismissal from Mount St. Mary Academy for marrying her longtime partner, Barbara Mariani, and an Imboden high school’s withdrawal of its invitation to TV producer Bryant Huddleston to speak at graduation after his sexual orientation became known. In 2014, our coverage of the legal battle for marriage equality drew massive web traffic, and in 2015, our reporting on HB 1228 helped the Times draw more than 1 million unique readers in March.

People look for such stories from the Arkansas Times; if we don’t write them, who will? Currently, there is no publication dedicated to LGBT issues in Arkansas.

So what will it take? Like most small publishers, the Arkansas Times survives on a slim margin. We can’t afford to bear costs for a new internal startup on our own. But we are optimistic that, once established, this effort could be supported largely, or maybe even entirely, through advertising sales. We’re seeking funding to support the project for our startup year. That timeline should give us plenty of time to sell and grow the effort. To hire a rising star as editor, cover overhead costs, pay for web development and support a network of freelance writers and videographers, we’re looking to raise $125,000.

We know how to publish media at the Arkansas Times. We’ve been covering the state and advocating for progressive issues for four decades and have a devoted audience to show for it. We moved online more aggressively than our peers in Arkansas media, and we’ve long outperformed other alternative media across the country on the web on a per capita basis. We’re constantly working to expand and improve our connection to our readers, from good writing to good design, community events, social media, a popular daily video series and a weekly podcast.

Now, we want to remove all doubt: The LGBTQ community is just as special, and just as normal, as all other Arkansans. It has a voice. We have a way to get that voice out to the public.

Summary:
The Arkansas Times is seeking funding to expand our coverage of the LGBTQ community with an online publication, Out in Arkansas. The Times wants to expand that coverage, both in print and with a new online publication, Out in Arkansas. Out in Arkansas will help the push for equality with powerful personal features, profiles of activists and stories about the diverse members of the state’s LGBTQ community.
See Campaign: https://www.ioby.org/project/out-arkansas-new-lgbtq-publication
Contact Information:
Lindsey Millar