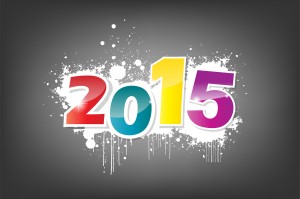 Looking back, 2015 was a great year for equity crowdfunding. Many countries are seriously considering this mode of investment as a way to increase economic growth and generate more jobs.

The most important events in the industry were certainly the approval of Titles III and IV of JOBS Act in the US, effectively allowing non-accredited investors to invest their money in startups. While many analysts are still skeptical about whether or not this type of equity crowdfunding will be adopted by companies, due to the reporting and accounting costs and the caps on investment allowed from each individual and for each company, we are expecting it to change the industry landscape; many startups do not have any alternative of financing other than raising money, and equity crowdfunding sounds the most promising for them.

Elsewhere in the world, we have seen huge projects take place, like Dahlian Wanda Plazas, in China, being built using equity crowdfunding as a way of financing. In just that country, equity crowdfunding should amount to up to $1 billion in 2015 alone.

Other countries have been passing legislation to ease equity crowdfunding as well. Worth noting are:

Canada: Manitoba, Saskatchewan, Quebec, British Columbia, Nova Scotia, and New Brunswick provinces passed a common regulation body to allow equity crowdfunding, establishing limits of up to $500,000 per year, per company, and $1,500 for individual contributions per offering. The limits are among the lowest in the world. Portugal: One of the most flexible legislations to date, Portuguese law establishes how portals should operate, and what should be done in order to protect the investor against fraud. No limits have been adopted as of now. Malaysia: Six crowdfunding portals were allowed to issue securities. While caps were being proposed to the new legislation, the platforms started to operate without caps of any kind. Instead, authorities chose to watch the market closely in order to define those caps later. Australia: Equity crowdfunding is still under debate in Australia. Some proposals include requiring startup companies to become public ones, but nothing is concrete at this time.