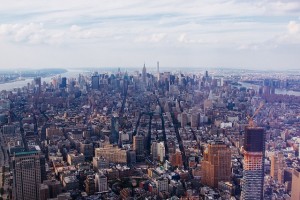 Many investors like to put their money in small caps, those not so big companies that are traded publicly in stocks exchanges. Each company represents a considerable risk for the investor but, given adequate market conditions, they also have the biggest potential valuation. As they are not usually targeted by mainstream institutional investors and day-traders, they are normally cheaper than blue chips when related to their potential earnings in dividends.

The problem is, those companies are not really small. Their revenue is in the order of tens of millions of dollars per year. They are public, so they also have to go through expensive auditing, accounting and periodic reporting that adds to the cost of doing business and makes them potentially less profitable than smaller companies.

Interestingly, many people who choose small caps are not the types that are deeply interested in their reports and numbers. Some of them are uninformed or barely informed investors who just expect huge valuations. As such, it is very common that they choose to invest via risky-investment mutual funds, that invest in a large number of small caps in order to reduce the total risk and make a considerable profit.

Whether those mutual funds analyze each company deeply is open for debate. But it is a fact that the market is run by a few key players, without  much room for small companies. As such, we can only expect that uninformed investors make a difference in the prices, sending the wrong signals to other uninformed ones.

Equity crowdfunding comes to fill that gap. It opens the opportunity to invest in companies that do not have a sizeable revenue yet. Also, their offers can now be advertised directly to interested investors, both local or in the same trade as the company. In that larger pool of people, it is expected that a considerable number of them are informed investors, who know the trade of the company and can take solid decisions. Those investors can probably make a better judgement on whether or not the company has a chance to succeed.

Plus, as equity-crowdfunded companies are not initially public, they are not also subject to expensive auditing, accounting and reporting fees, so they can reinvest their profits in growing their new business more efficiently. While the risk in startups can be considered even higher than that of small caps, most are filtered by informed investors.

That is where the “wisdom of the crowd” in equity crowdfunding comes from. It is still early to say, but considering UK numbers, we can only expect that we are going to see, in fact, the wisdom of an informed crowd.