Bessette Management owners James and Michael Flood have created a Redevelopment Project about to begin in Southwest Michigan. The project has been in incubation and planning for over six years and involves the launch of a work-study, experienced-based College Campus and a supporting Entertainment District.

This work-study College Campus will accomplish what other schools only dream of and that is producing graduates who will compete in the professional job market or be experienced enough to be a small business owner. Students will have fully discerned the career path most suited to their gifts in stride with earning a degree and be fully trained and certified with a business minor in their chosen career path.

The Entertainment District will serve two functions: that of supporting the campus with a structured array of retail, restaurant, entertainment and quality lodging while also making the downtown target site a destination above and beyond the College Campus. 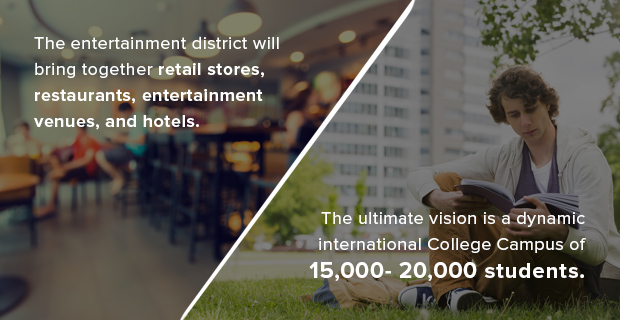 The downtown Entertainment District will become a cool-city, college town destination for patrons to work, live and play.

All lasting structures are built upon a strong foundation and our project is no different. The first phase of our Redevelopment Project involves fifteen platforms with multiple projects within each platform. Each platform is designed to stand alone on its own merit while forming the building blocks of the entire project.

The first five platforms are foundational and create the strong foundation upon which we will build our Campus and Entertainment District. The Foundation sets the table for everything else we intend to accomplish.

Educational Issues: High schools in the U.S. are a one-size-fits-all learning system with college as the only goal for their graduates, even when a vocational route might be a more viable option. Moreover, while there is a continuing rise in college applications, statistics show only half of graduates have full-time work, and only a third of graduates are working in a field related to their degree. 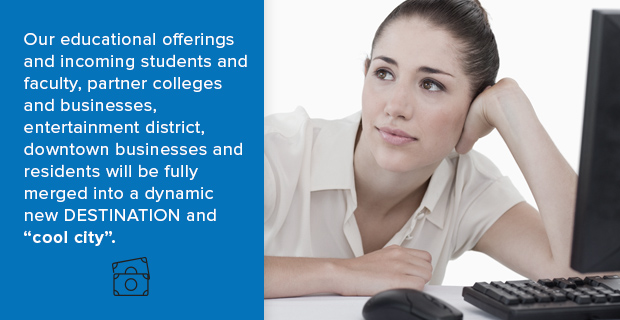 The project couldn’t have a more perfect starting point: a historic downtown with ample available historic buildings, in the heart of Michigan wine country, and close to airports and highways, Lake Michigan, Chicago and the massive market of the University of Notre Dame and eligible for every tax credit and incentive in existence.

Phase One of the 100-Block Project involves purchasing three historic buildings on the first block on Main Street, renoavted with sustainable/historic renovations and updates which are both LEED certified and historically accurate. We will recruit a new retail tenant for the ground floor of the building closest to the river, who sells products that are youth oriented. The other two buildings will be home to two new entities we are launching as part of the 100-Block Project and which will launch the Entertainment District.

Perks: This region qualifies for every tax credit and subsidy program in existence including New Markets Tax Credit, Brownfield and Historic programs.

Upper floors of the target buildings will be leased to the incoming colleges on Campus and become part of an eventual Loft District. We forecast that the 100-Block Project will increase foot traffic downtown by 3000-5000 patrons per week. 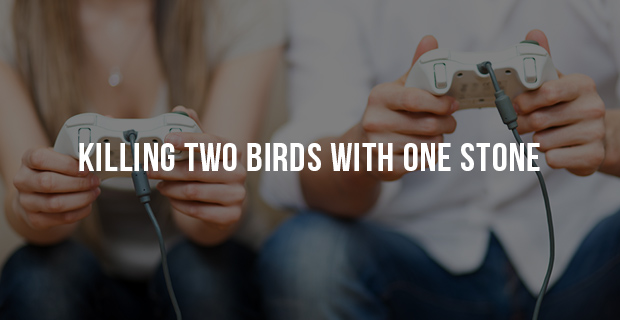 THE LAUNCH OF GAMERS CLUB:  What is it that makes a downtown an attractive place to visit? Food, shopping and things to do for all ages increases foot traffic and creates greater demand. Gamers Club is the fusion of video gaming with a social club.

Playing video games is the obsession of youth and Millenials but the drawback with this activity is that it is played primarily in social isolation which isn’t healthy for family, academics or community. Gamers Club is an ACTUAL club with free membership and AFFORDABLE  gaming session costs where up to 300 members per session will meet for gaming on consoles and computers, playing cards, shooting billiards, meeting for Dungeons and Dragons sessions, watching a movie in one of the club’s home theaters or simply enjoying gourmet street food at Gamers Grille.

Gamers Club will be divided by age group and split into “Open Gaming” and “Leagues”. Members will be involved individually in quarterly Speed-Run Tournaments, and teams in League Divisions will vie for championship bragging rights within each Gamers Club and between other future club locations.

Gamers Club is proprietary and will be a corporate franchise. The results of the test market at a local high school far EXCEEDED expectations. 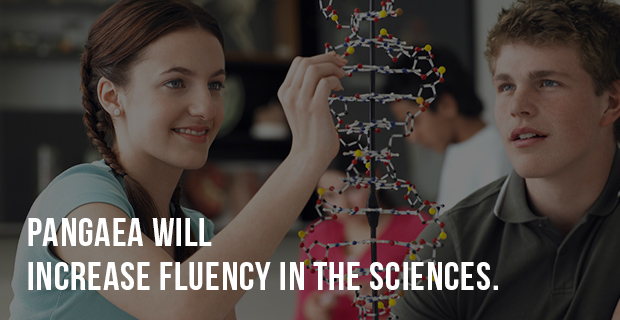 THE LAUNCH OF PANGAEA the Science Store: This unique retail concept was created to fill two needs. The first need is for science and related subjects to become approachable and a form of entertainment. This country is moving away from science while at the same time discoveries in medical/biological, physical and astronomical sciences are at an all-time high.

Pangaea is proprietary and will expand quickly to a national retail brand in all major markets but focused on piggybacking markets where there is a College/University presence. 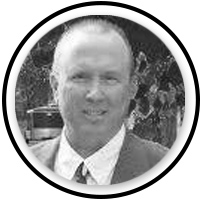 James Flood (the Visionary): Owner and CEO
Oversight and orchestration of all aspects of the project

James is an artist, athlete and lifelong entrepreneur and small business owner, graduating from Birmingham Brother Rice High School in 1978 and Michigan State University in 1983. James has had careers as an artist and illustrator, fashion designer and couturier and as a licensed builder and contractor in the state of Michigan. James also has experience working in the auto industry as a department trouble shooter. 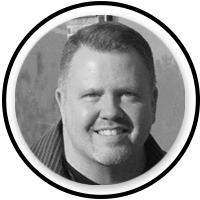 Michael Flood (the Pragmatic Expert): Owner and COO
Oversight of all business operations and merchandising/retail aspects of the project.

Michael is the co-creator of this Redevelopment Project as well as the educational framework. Michael is a merchandising guru, also graduating from Brother Rice (1985) and taking the vocational route in the retail industry and working his way up the corporate ladder. Michael has handled million dollar payrolls and excelled as a store manager, district manager, regional manager and director of nationwide stores and sales for such icons as: Harry and David, Lane Bryant, Eddie Bauer, Brown Shoes, Rand McNally and most recently Z Gallery.

Michael has developed the unique ability and reputation of being able to transform poorly performing stores and departments through honest troubleshooting and then, through a series of staff moves and re-merchandising efforts, into the highest producers. He is a great thinker and a tireless “do-er”. 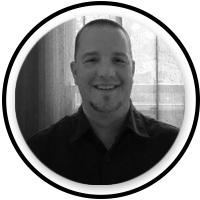 Christopher Myerscough (Pangaea founder)
Chris is a lifetime retailer with 15 years of experience as a retail merchant in the travel, toy and gift industries. Chris has worked as a merchant and buyer for Rand McNally, KB Toys and Barjan Products, specializing in product selection and assortment, negotiations and vendor relations. Chris is the creator of Pangaea the Science Store which he is launching with us through our project with plans to quickly make it a national brand and franchise.

Chris will be working with Michael in the buying aspect of all retail aspects of our Redevelopment Project.

Summary:
Bessette Management owners James and Michael Flood have created a Redevelopment Project about to begin in Southwest Michigan. The project has been in incubation and planning for over six years and involves the launch of a work-study, experienced-based College Campus and a supporting Entertainment District.
See Campaign: https://www.fundable.com/bessette-management-company-llc
Contact Information:
James and Michael Flood

The post Bessette Management Company LLC: Revitalization and Re-purposing of areas through the launch of a work-study, experienced-based College Campus and a supporting Entertainment District appeared first on iCrowdNewswire.