Saltar al contenido
Inicio » icnw » Get the Tin Bucket Drum to Prague: My name is Jade and I make plays. I design them, I direct them, I produce them, I win awards for them – and I have a day job that pays for them. Mostly.

Get the Tin Bucket Drum to Prague

My name is Jade and I make plays. I design them, I direct them, I produce them, I win awards for them and I have a day job that pays for them. Mostly.

Our show TIN BUCKET DRUM has been selected to perform at the PRAGUE FRINGE FESTIVAL and we need your help to get there!

Performed by Warona Seane with Matthew MacFarlane and his amazing original music we plan to take Prague by storm and represent South African theatre on a world stage.

Below is a picture of our Standard Bank Ovation Award that we received at the National Arts Festival last year and our plea. 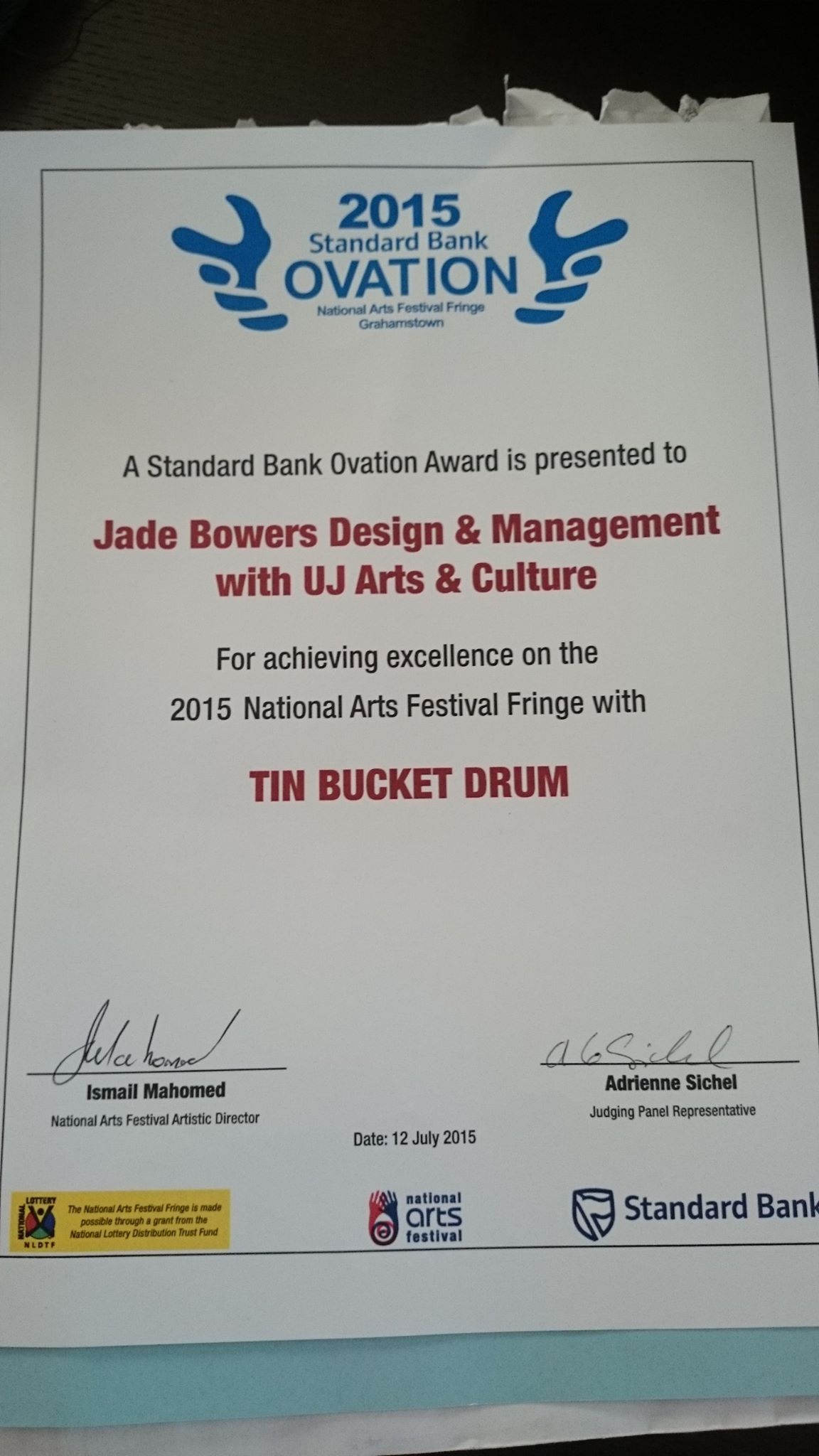 Get the Tin Bucket Drum to Prague

Last year at the National Arts Festival in Grahamstown, our version of the home-grown TIN BUCKET DRUM (written by previous Standard Bank Young Artist Neil Coppen) won a Standard Bank Ovation Award and was selected to play at the PRAGUE FRINGE FESTIVAL, but my day job cant quite stretch to covering the international flights, and the cost of my small crew of 3 performing in Europe for a week .

And just like theres no point in actors playing to an empty theatre, its even more sad for an audience to rock up for a show that hasnt arrived And that may well happen to us, without your help.

Fringe Festivals happen around the world and are a really important way for artists to be seen by international audiences and producers and to showcase amazing South African work on an international stage. But the catch is that you have to pay for the costs yourself upfront, and then hope you make enough money off ticket sales to pay yourself back. And while international audiences LOVE South African work, how many tickets you might sell in a country where no one knows your name, is, well risky at best, and certainly not something to base a solid business plan on – but a risk Im willing to take on 150%!

The kind people at the Arts and Culture Trust and the National Arts Festival think Im doing a good enough job to warrant giving me an ImpACT Award, Standard Bank Ovation Awards and a Pitch Perfect Grant.

And in October last year, Standard Bank named me as their Young Artist Award winner for Theatre 2016 which means they think I have potential to make a name for myself through theatre in the same way that people like Pieter Dirk Uys, Andrew Buckland and Sibongile Khumalo – who have also won this award – have done.

Two brilliant artists joined me in making this piece of theatre. 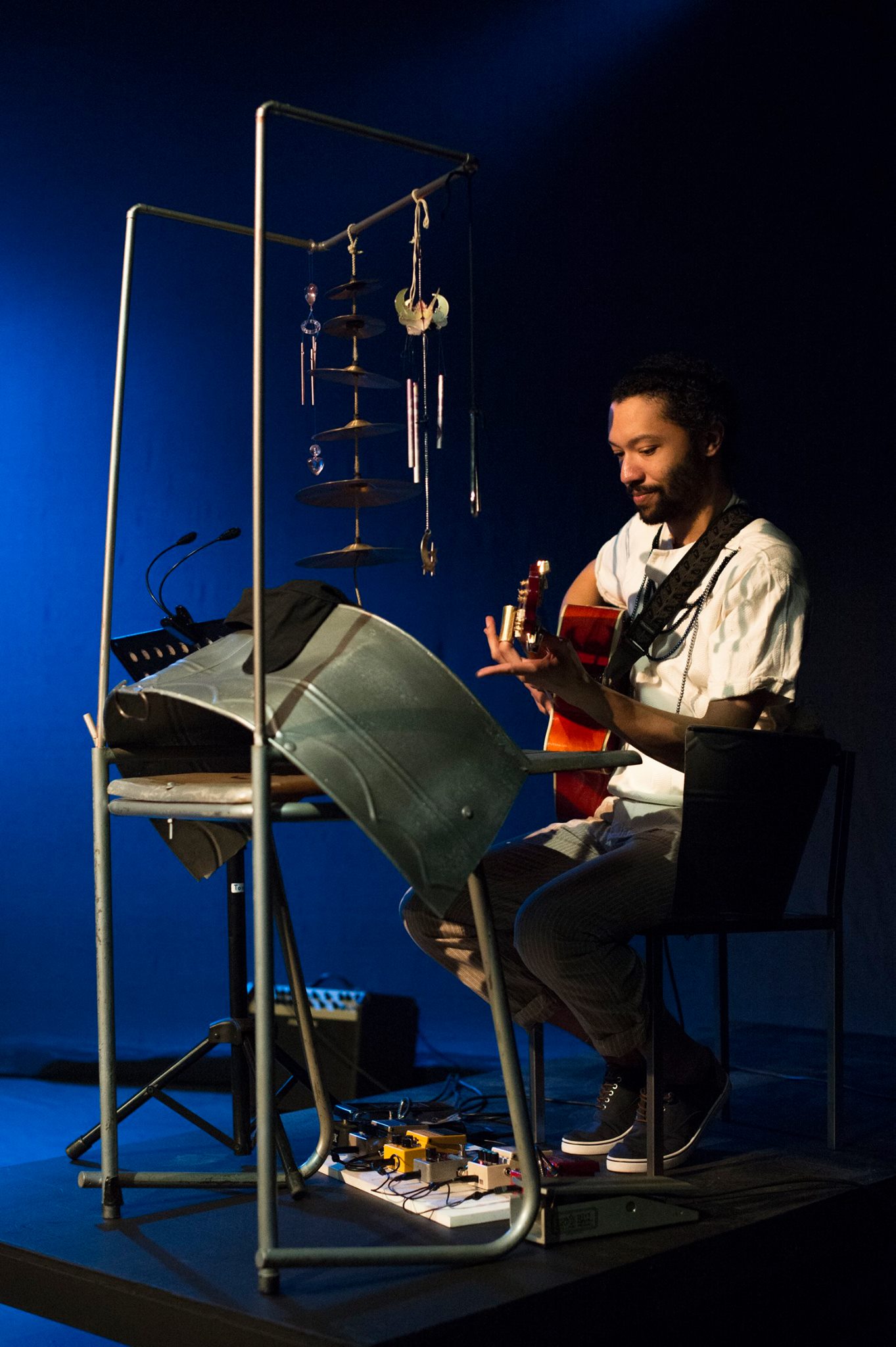 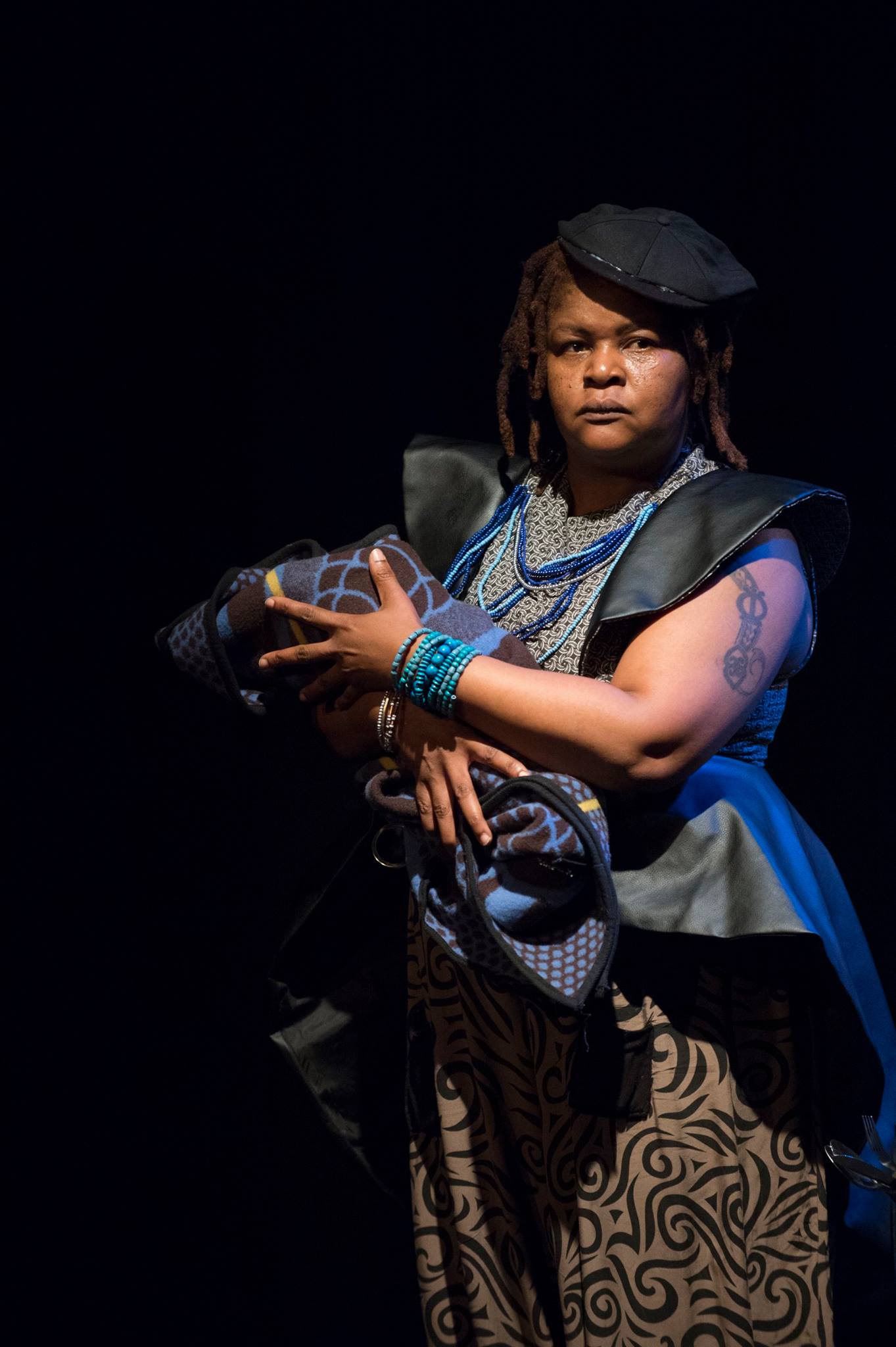 More about the project

Tin Bucket Drum by Neil Coppen tells the tale of Nomvula, a spirited child born with a revolutionary heartbeat into a cruel and silent dictatorship. In its close and minutely explored world, Tin Bucket Drum takes a broad swipe at age-old global systems of restriction enforced for personal gain by those in power, and the way these restrictions affect the ordinary person. Above all, it looks optimistically at the power of creativity.

Reviewing the production for Cue newspaper Kerstin Hall writes that MacFarlane, who accompanies Seane, is a vital part of the play. According to Hall, his music punctuates the drama, adding layers of meaning to the action. Commenting on Seanes performance she writes; she shines when representing the [childlike] energy of the little girl, but her talents are most apparent in her goosebump-inducing embodiment of Nandi, Nomvulas mother.

R120 000 means we can cover all our production costs

JADE BOWERS is a Capetonian living Joburg. She graduated from the University of Cape Town with a Bachelor of Social Sciences in Drama and Sociology, and an Honours degree at the University of the Witwatersrand with a focus on directing and design for the stage. Bowers was named one of AfriPOPs Top Five Female Theatre Makers in South Africa, received a Naledi nomination for Best Sound Design and Best Cutting Edge Production. She has recently been named Standard Bank Young Artist for Theatre for 2016. She has worked as a production manager, stage manager, festival director (for WALE 4.0), director and designer. She currently works for UJ Arts & Culture and runs her own production company: Jade Bowers Design & Management.

WARONA SEANE graduated from the University of Cape Town in 1999 and has since been involved in numerous Theatre, Film and Television projects. Her stage acting credits are: Pieter-Dirk Uys Symbols of Sex and State in 2000; For Colored Girls Who Have Considered Suicide/ When The Rainbow Is Enuf by Ntozakhe Shange, which won the cast a Fleur Du Cap Award for best performance in a musical/revue in 2002; a collaboration with the French company Kiwat Cie on My Body Is My Home; The Alchemists Heart; uHambo: Pieces of a Dream, a collaboration with the Mothertongue Project; John Kanis Nothing but the Truth and the lead in Nongogo which won her a Naledi nomination for best actress in 2006. At the end of 2002 Ms. Seane was invited by Pro-Helvetia on a storytellers tour of Switzerland. Her writing credits include 7Flowers, for the Cape Town Festival, Dinner Party, links for the talk show Intimate Connexions an episode of the award winning TV show The Lab and another for For Sale. Her stories and poetry appear in Ink @ Boiling Point, an anthology of black South African Women writers published by Weave. Ms. Seane also stars in 90 Plein Street, Justice For All, Home Affairs III and Hillside II-IV on SABC. Ms. Seanes directing credits include Sacred Thorn, which she also co-wrote; Yes Medem, written and performed by Brenda Bongiwe Ngxoli; Nelisiwe Xabas solo project Fragments of an Orgy; Mute Echoes and Romeo and Juliet, For Colored/Girls Who Have Considered Suicide/When The Rainbow Is Enuf. In 2006 Ms. Seane performed in Wole Soyinkas The Lion and the Jewel directed by award-winning director James Ngcobo, The Jungle Book directed by Craig Higginson. Ms. Seane Also teaches at Wits on a part-time basis and has just finished performing in The Olive Tree, Ntshieng Mokgoros production fueled by the Standard Bank Young Artist Directing Award she won for 2009. In 2010 Ms Seane directed Eclipsed by Danai Gurira and We Are Here by Antonio David Lyons and appeared in Kabi Thulos Tsela. Warona has just finished filming 90 Plein street III, a political drama for the SABC and performed in Ukutshona ko Mendi: Did We Dance directed by Mandla Mbothwe. She has taught at Wits School of Arts and is currently teaching performance studies at the Market Theatre Laboratory and has just presented at the Black Women in the Performing Arts Conference: Volume 1 organised by The Steve Biko Centre.

MATTHEW MACFARLANE is a guitarist and composer based in Johannesburg. He is versatile and enjoys performing and writing music in a large variety of styles and genres. Matthew’s passion for music started at a young age and eventually he decided that he would like to pursue music seriously. He obtained a Bachelor of Music degree at the University of the Witwatersrand. In his final year of study Matthew met theatre director and head of drama at the university, Warren Nebe and subsequently composed and performed music for four of his plays. This includes the play Hayani, which was written and performed by award winning actors Atandwa Kani and Nathaniel Ramabulana. In 2014, Matthew was nominated for a Fleur du Cap and Naledi award for his original score and live performance in Hayani. Matthew works as a freelance guitarist and has appeared in bands on various television shows including Afro Cafe, Clash of the Choirs and Stripped Down. He also has experience teaching guitar privately and at schools and has worked on a musical outreach project. Matthew has composed music for a student film and one of his ambitions is to become a feature film composer.

Summary:
My name is Jade and I make plays. I design them, I direct them, I produce them, I win awards for them and I have a day job that pays for them. Mostly. Our show TIN BUCKET DRUM has been selected to perform at the PRAGUE FRINGE FESTIVAL and we need your help to get there! Performed by Warona Seane with Matthew MacFarlane and his amazing original music we plan to take Prague by storm and represent South African theatre on a world stage.

The post Get the Tin Bucket Drum to Prague: My name is Jade and I make plays. I design them, I direct them, I produce them, I win awards for them and I have a day job that pays for them. Mostly. appeared first on iCrowdNewswire.